What Is The Protection Against Family Violence 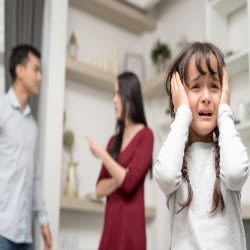 The Protection Against Family Violence Act, or PAFVA, is designed to provide protection for all family members against violence. There are several legal options available to victims through the act, including getting a restraining order. For victims of domestic violence, it is important to understand what the act is and what steps should be taken to receive protection.

Who Is Protected Under the Act?

There are several misconceptions about who is protected under the PAFVA. One of the most commonly believed misconceptions is that only women who are married are protected under the law. However, the law covers both men and women who are related by marriage, blood, and adoption. The victims do not have to reside with the abuser to receive protection. Children are also covered by the PAFVA.

The act also covers people who are subjected to a legal guardianship. For instance, an elderly parent who is being cared for by an adult child who is abusive would be protected by the same law.

What Protection Does The Act Offer?

One of the primary protections that the act offers is a temporary protective order. In Texas, the order would restrict contact by the abuser for 31 to 91 days. If the abuser violates the order, the judge could issue a warrant for their arrest.

The order is usually issued by a local judge when there is an incident that results in the abuser being arrested. Even if the abuser is not convicted, the order stays in place until an expiration date determined by the judge.

The act also allows punishment for abuse. For instance, a convicted abuser could face up to 99 years in prison for a first-degree felony related to family violence. A fine of up to $10,000 could also be assessed.

Can a Permanent Restraining Order Be Issued?

In Texas, a final protective order is sometimes issued in domestic violence cases. The final order can last up to two years. However, there are exceptions that could lead to an extension of the order.

For instance, a judge could choose to extend the order if the victim suffered serious bodily injury. The order could also be extended if the accused abuser has had two or more orders issued against them in the past.

Although the permanent order does not expire until the date ordered by the judge, the abuser can request an early dismissal. If they do, the judge will hold a hearing to determine if the order should be continued. If the order is dismissed, the victim has the right to request a new one.

In addition to the PAFVA, there are other domestic violence laws that are available that can help protect victims. Consult with an experienced family attorney to learn more about those laws and to determine which legal options are best for your situation. Contact Thornton Law today to request a free consultation.

For more information on our Dallas Family Violence Attorney please visit our site.