What Is Joint Custody? 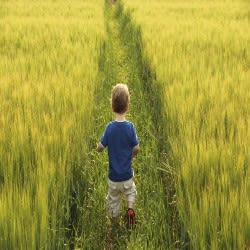 Child custody is called conservatorship in Dallas. Child custody agreements must conform to the Uniform Child Custody Act. The Act seeks to decrease the possibility of conflicts when parents live in different states. Conservatorship is fluid and parents usually rely on family law lawyers like Robert Thornton to explain the complexity of joint custody.

What is Joint Conservatorship?

Sole custody is granted to only one parent. They may decide where the child lives and/or how they are raised depending on the type of custody arrangement they have. The other parent receives visitation right. Visitation allows the other parent to spend time with their child. It may be supervised or unsupervised. Supervised visitation means a third party watches the parent and child interact. Abuse or neglect is usually the reason for supervised visitations.

Joint custody is separated into two legal rights: legal and physical joint custody. A legal joint conservatorship allows both parents to make decisions about how their child is raised. For instance, parents decided where their child attends school and what type of medical care the child receives.

Joint physical conservatorship focuses on where the child lives. Joint custody gives each parent 50 percent custody rights. This means the parents must agree on when the child lives with each parent. It often takes some negotiation because parents aren’t always on speaking terms. Also, the negotiations are tough because they must come up with the right parenting schedule that agrees with each parent’s work schedule.

What Happens if Parents Who have Joint Conservatorship Don’t Agree?

Parents sometimes don’t agree on an issue such as which religion a child will practice. Many parents rely on their family law lawyer to help them take the heated emotions out of the negotiations. If negotiations fail, either parent can seek legal recourse in court.

A family law hearing is scheduled. Both parents present their cases. The presiding family court judge makes a ruling. The ruling may be in favor of one parent or hybrid ruling where both parents get what they want. It could be a ruling that both parents are don’t like. This can happen because a family court judge always bases their ruling on what is in the best interest of the child, not the parents.

Raising a child requires a lot of decision-making. Child custody is also ever-changing. Thus, parents need to make sure they are following Dallas child custody laws and work together when they have joint custody. A parent needs a family law lawyer like Robert Thornton to help them understand child custody issues, and get the best possible outcome available in their situation. A family lawyer is always a good idea to represent them in court hearings too.

For more information on our Dallas Child Custody Attorney, please visit our site.