What Is Community Property? 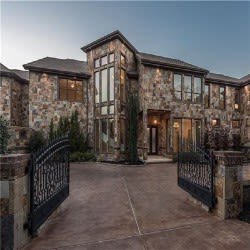 Texas is one of nine states considered a community property state. This means that in a divorce, most property acquired during the marriage is considered the property of both spouses and must be divided “equitably” under Texas law. Understanding the difference between community and separate property is important to understand how assets and even debts will be divided in a divorce.

What Is Considered Community Property?

How Is Community Property Divided?

Texas courts have a goal of dividing community property equitably, which is not necessarily 50/50. A judge may consider each spouse’s earning capacity, which has primary custody of any children, whether there are fault grounds for divorce, the health and age of each spouse, and more. For example, the spouse who is the primary custodian of the children may be awarded the family home in the divorce but the judge may award a larger share of other marital assets to the other spouse to make the arrangement more equitable.

Division of community assets can be quite complicated and contentious. When it comes to a pension or retirement account, for example, each spouse may own a portion of the benefit but these accounts do not need to be divided 50/50 between spouses. If each spouse has their own pension or retirement account, the court may simply award each spouse their own account if they have a similar balance or award other community property to make up for the difference between the two. If the divorce involves a closely held business or even a professional practice, it may be considered community property. Of course, a business can’t be divided like other assets so an appraiser or CPA may be hired to determine the value of the business.

The division of assets is often one of the most contentious and stressful aspects of a divorce. How assets and property are divided can also have a long-term financial impact, depending on the court’s decision. If you are planning to file for divorce, a family law attorney can help you explore your options and protect your best interests. Robert Thornton at Thornton Law has helped many families in Dallas, Texas resolve complicated issues while seeking a favorable outcome. Contact Robert Thornton today to schedule a consultation to discuss your case.

To read more about our Dallas Family Lawyer, please visit our site.