My Spouse Had More Debt When We Married, Do I Have To Pay? 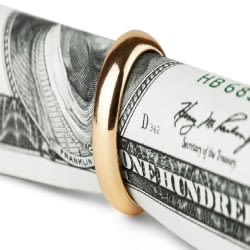 Finances may not be the top concern when a marriage comes to an end but sooner or later, you are bound to find yourself asking important questions about who is responsible for the debt. How debt is divided in a divorce can depend on many factors, including the type of debt, the agreement with creditors, and when the debt was acquired.

California is a community property state which means all income and debt earned during a marriage belong equally to both spouses. The key is this only applies to debt that is earned during the marriage. Debt that existed prior to the marriage date is treated very differently during divorce.

How Premarital Debt Is Treated in Divorce

If your spouse came into the marriage with pre-existing debt, you will not be financially responsible for the debt. Just like the income and property each spouse had before marriage, any debt that was incurred before the marriage is considered separate property. Even if a married couple chooses to pay down separate debts together with marital income, the remaining pre-existing debt in a divorce will still belong to the spouse who incurred the debt.

Separate debt can become marital debt in two ways: if you have your name added to a pre-existing debt or you agree to take over the debt in the divorce. This is sometimes the case with pre-existing secured debt.

Secured Debt in a Divorce

Secured debt is secured by some type of collateral, usually a home or a car. It’s not uncommon for secured debt to be in the name of only one spouse even though both spouses use the collateral. For example, one spouse may enter into the marriage with a home and a mortgage but both spouses live in the home and use the marital income to continue paying the mortgage. The home has also appreciated in value which does create community property.

Let’s say for example one spouse owns a home before marriage and it is never occupied by the spouses together or used as a marital home, the mortgage is paid off, and no marital money is used to maintain or pay for the home, the other spouse has no right to the home or any passive appreciation. When both spouses contribute either sweat equity or money to the home, it’s considered active appreciation and the other spouse may have a right to some of the home’s value.

This can also affect the mortgage debt itself. Even though the debt may be in one spouse’s name and the home was bought before the marriage, both spouses may agree that the other spouse will keep the home, especially if they have primary custody of the children. In this case, the court may try to make the division more equitable by awarding the spouse who bought the home with additional assets.

As a general rule, you don’t need to worry about being responsible for or paying for a spouse’s debt that was acquired prior to the marriage. Still, debt can become complicated in some cases, especially when it involves a home or marital assets and income that comingles. It’s usually best to discuss debts with a family law attorney like Robert Thornton before deciding if any debt should be paid before the divorce. Contact Thornton Law for a consultation with a Dallas family lawyer to discuss your concerns and protect your interests in a divorce.

For more information on our Dallas Divorce Debt Attorney, please visit our site.